In Which I Send You Elsewhere 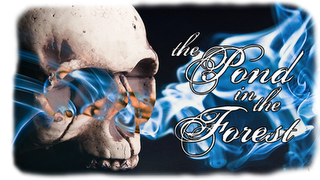 It's almost Halloween! Yay! So I wrote you a scary story. Or...at least the first part of one. The girls over at the #YASpooktacular organized a choose-your-own-adventure style spooky story, and my story opens one of the three they are featuring! Go here to read--and enter contests for books--and start clicking on to read the continuation of the story from other authors.

PS: My story is called "The Pond in the Forest." Can you tell that, while writing that scene, I was I also working on another Across the Universe story dealing with Kayleigh and the pond and the goldfish?

Also, Phoebe North was kind enough to do a guest post for me on the League today, so if you'd like to read all about the classic sci fi titles you should know as a lover of YA, go there and check it out!

And while you're at it, be sure to also check out Phoebe's YA sci fi review blog, a new venture called The Intergalactic Academy. Here I was, thinking I had a good handle on what YA sci fi is being released now, and I've already found two new titles to read through this awesome review site!

And speaking of review sites and finding good new books, I'd like to also point you in the direction of Destination Elsewhere. This is a ning that Penguin's made to feature all the fantasy and sci fi titles. Basically, if cool, strange stuff happens in the book, it's the perfect fit for Destination Elsewhere. The background is made of the cover art for Eona, one of the best fantasy novels on the market today, so check it out at least to see the beautiful cover art!

(Also, for those of you who don't know--because I didn't!--a ning is basically an online community. This one is focused on fantasy and sci fi books in the YA market. There are forums, chats, photos, videos, and more. And if you'd like to friend me there, my page is located here.)

And finally....you might have noticed that Stephanie has already thrown down the gaultlet and started up a live blog today! Eeep! This means...I should probably get to work.

But--that's going to get cut down later today. So that number will have to go DOWN before up....
Posted by Unknown at 10:46 AM

Holy banana muffins, Batman, this is a crazy deadline! But, I believe you can get 'er done. *cheers, waving a flag* Good luck!

You are awesome at the pimpage. Thank you! Now to go read this story (is the title meant to be slightly Whovian? Because maybe the river isn't the ONLY water in the forest . . . :) )

I saw the cover of THE GIRL WITH THE SILVER EYES and immediately flashed back to my childhood. I loved that book and read it several times. (I've even saved a copy for my kids to read.)

This is fantastic. Seriously. (On a side note, I spent the last hour and half I was supposed to be working trying as many different outcomes to Laura's story as I could. Productivity FTW!)

*secretly cheers for your percentage to go down*

Mine is STILL going down. I've yet to get on the board!

Just found your blog and realized what you had written and how happy I was to find your blog. Look forward to following your continued journey.

BETH REVIS - You can do it. :D woooooo

does that help? :D