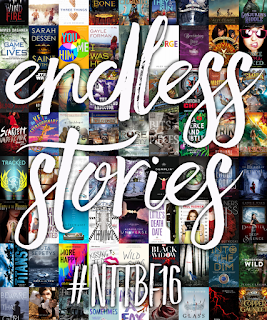 The North Texas Teen Book Festival is this weekend, and my schedule is jam packed with awesome panels. I hope to see you at some!!

Like I said, I really hope to see you there! And here's a special thing just for you guys...I am bringing TEN and ONLY TEN of something REALLY COOL that is about A World Without You and if you come find me and ask for it, I'll give you one! (Until I run out, obviously.)

Posted by Unknown at 7:07 AM No comments:

Over the next few weeks, I'll be sharing my top tips for writing, publishing, and marketing in a very special 3-week Paper Hearts blog tour!

You can find out more about the tour here, at the Paper Hearts Blog Tour Headquarters, and don't forget to enter the giveaway!

Meanwhile, you'll be able to follow along with all the tips and more by visiting each stop.

Easter Eggs in A WORLD WITHOUT YOU

Recently, I participated in the YA Scavenger Hunt. It was so much fun, and I hope you all had a blast finding new books to read and entering the contest!

I wanted to make sure that everyone had access to my top secret exclusive content, so I'm adding it here as well. Hope you enjoy! 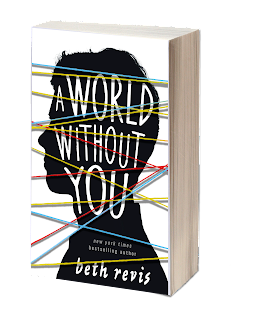 My latest book is called A World Without You, and it's a book that's truly special to me. It's about a boy named Bo who is attending a school for kids with super powers. He can control time--but he's accidentally lost his girlfriend in the past. As he frantically tries to find a way to save her, his reality starts to break down. He's not at a school for kids with powers...he's at a school for mentally disturbed students, and it's not his girlfriend who needs to be saved--it's him.

One of the things I love about writing is hiding little Easter eggs and clues in my books. I'm not going to give them all away, but my top five Easter eggs in A World Without You are:

1. The Doctor. At Bo's school, his supervisor is named Dr. Franklin, but all the kids call him the Doctor--a reference to the greatest time traveller ever, Doctor Who! If you're a Whovian you'll definitely notice one other character who's name for someone on the show. 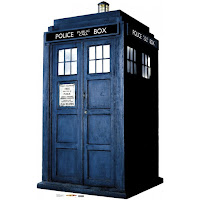 2. The Red String. You may notice that the book cover has strings all over it. There's a reason for that! To Bo, time looks like strings, and when he wants to go somewhere in the past, he tugs on a specific string. The string that connects him to his lost girlfriend is red, a reference to the Chinese legend that a red string of fate connects us to the people we truly love.

3. Superheroes. Bo believes that he has super powers, and so does every other kid at the school, Berkshire Academy. If you look closely, you'll see a lot of references to some of my favorite superheroes, including Batman and the X-Men, but also some heroes that aren't exactly super, such as Harry Potter and Katniss Everdeen. You'll have to read closely to catch them, but they're there!

4. Classics.  I love more than just pop culture and superheroes! As the story progresses, Bo gets increasingly paranoid, and at one point creeps around his room, thinking that people are watching him. This is, of course, a reference to the brilliant short story "The Yellow Wallpaper" by Charlotte Perkins Gilman. And fans of Bach will notice a famous fugue woven into the story.

5. "And now for something completely different." This is an actual line of text in the story, and if you know what it's referencing, we should totally be besties.

That's it! There are definitely more secret surprises in A World Without You, but I'm going to leave those for you to find on your own...
Posted by Unknown at 10:40 AM No comments: