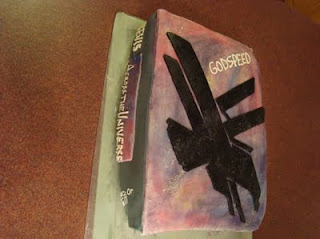 There's been a lot going on between tours and ARC arrivals and everything else, but you've not forgotten the creative contest, have you? You have until August 31st to come up with anything that deals in anyway with ACROSS THE UNIVERSE or A MILLION SUNS and you could win an epic prize, including the first signed ARCs of AMS and a custom charm bracelet (and more!)

Today's entry comes via Cait, and, lemme tell you, it looks quite tasty! I think I should only count it as an entry if she sends me a sample, don't you? ;)

Meanwhile, the Ash 2 Nash tour is officially over--and it was SUCH a whirlwind of awesome that I can't even begin to describe it. Nearly every event was standing-room-only, and the bookstores were lovely and kind hosts to our bit of crazy. Here's a few pictures (all stolen):

Did you know that the roots of this tour came about after the infamous Branson retreat this February? And that Victoria, Myra, and I made this tour entirely by ourselves, with no monetary support from our pubs--for about $200 each? I'm working on a post about this right now actually, but my point-in-brief is this: if you love books and love readers, you can easily give back to the community that made your dreams come true.

Meanwhile, I think I'm going to drool over this some more: 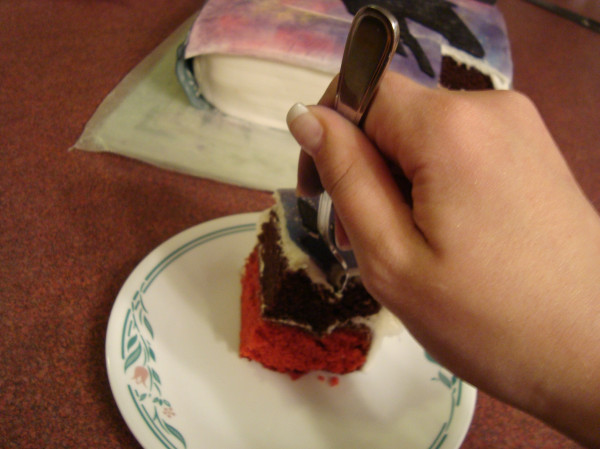 More details on how YOU can enter for the Creative Contest prize here!
Posted by Unknown at 2:30 PM

I'm still trying to think of something to make :) The cake was a good idea!

Wow. I say stop the contest; you've got your winner already!

So happy to see that you used my photo! The event BAMM was a lot of fun and inspiring. I hope that I will get to attend another one of your events in the future. Until then, I have Across the Universe to dig in to (kind of like you are with the cake, yum!)

I wish I could have been closer to the tour cities. I would have attended.

Woohoo, congrats on your tour! Rest up. And yum :)

Thanks for the list, just submitted to them. Keep up the good work.