I can't even begin to tell you how excited I am about this one: I'm going to see a NASA launch!

Next week I'll be a guest at NASA's Wallops Flight Facility, in time to see an Antares rocket blast off to the International Space Station!

The NASA Wallops Flight Facility was recently in the news for the successful launch of the LADEE rocket to the moon. LADEE is testing the atmosphere and dust on the moon, for no other reason (in my head) than to start work on a lunar colony which zomg cool (note: it's not about a lunar colony, this is just my own wishful thinking...or IS IT? ...it is. BUT STILL).

And next week I get to see a launch again! AHHHHHHHHHHH!!!!!!!!!!!!! Don't worry---I'll be taking LOTS of pictures and videos and all sorts of things. That's actually the reason I get to go--NASA took application for people to come and record the launch, sharing it with their social media contacts (with a special shout-out to Megan Shepherd, who told me about the program)!

And I'll be with author friend Jodi Meadows, which is gonna be extra fun! AND we're going to be on an island WITH PONIES. Wallops Island is super close to Chincoteague Island, where the beaches are home to a native breed of wild ponies. 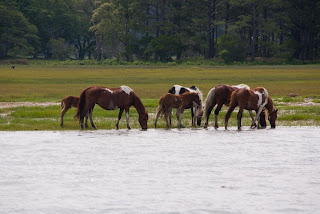