I See You: Representation Matters

I've had a few emails and tumblr messages from redheads lately that have surprised me a little. 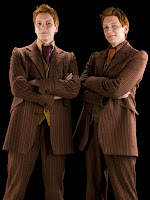 The very first fan letter I got was an extraordinarily personal letter from a young girl from Greece. While I don't want to be too specific and violate her privacy, a large part of the letter was devoted to the girl telling me about her sister, who had red hair in a culture where that was very rare, who was always told by her peers that her hair was ugly. And then she read about Amy, and Elder who loved her, and Elder who loved, specifically, her hair. And for one of the first times in her life, she didn't see ugly in the mirror.

Just thinking about the letter brings tears to my eyes--I never in a million years thought that something as minor (to me) as making a character's hair red or not would be so important to someone else.

But I've been thinking a lot lately about representation. I confess this isn't something that I thought of when writing the Across the Universe series, although there were other issues in terms of race and prejudice that I attempted to show through the work instead.

But it's something I'm thinking about now. Perhaps inspired by a quote I saw on tumblr about a month ago, one that has really stuck with me:

“Well, when I was nine years old, Star Trek came on, I looked at it and I went screaming through the house, ‘Come here, mum, everybody, come quick, come quick, there’s a black lady on television and she ain’t no maid!’ I knew right then and there I could be anything I wanted to be.”  — Whoopi Goldberg

Growing up--a white, middle-class girl--this never really occurred to me, that there were people who didn't see themselves on television. I was blissful in my ignorance.

But I'm also very grateful that I'm not as ignorant as I once was. Maybe it's been the years of seeing movies that don't pass the Bechdel Test, or maybe it's just because I've grown up some. Maybe it's because on every single Breathless Reads book tour I've been on, at least one man has asked us why we write books for girls and not boys, why won't anyone think of the underrepresented boys, and asking the person who asks this to just look outside isn't considered answer enough. I know part of the reason why I'm more aware of the world around me, its diversity and its prejudice, is because of my friends, the ones I've made in the past few years, the ones who are more different from me, who helped me see the world through their eyes, or at least see the world with them in it.

I don't claim to have eradicated all my ignorance, but I'm glad I'm more aware of the world around me, more aware of what I can do to help make it a better place--because you can't really do good without seeing the bad that exists.

Words are powerful things. They can start--or end--wars. People believe in words. They are the fundamental expression of ourselves, the division between human and not, the means by which we learn. And while people use words to teach, to express art, to proclaim truths, at the most basic level, people use words to simply say:

Take, for example, graffiti. The history of graffiti is fascinating, and some of the oldest examples of graffiti is the simple, common phrase: I was here. Don't believe me? There are six known, recorded examples of "_______ was here" in graffiti in Pompeii. Satura, Floronius, Daphnus, Staphylus, Aufidius, and Gaius Pumidius Dipilus all carved into stone that they were there, in Pompeii, and their statement is still visible, more than two-thousand years later. There's a sort of immortality in their proclamation.

And this basic, fundamental need to exist--and be recognized for existing--is a simple, simple thing. It's the reason why someone smiling at you on the street can make your day, the first step to falling in love, our desperate desire for tombstones and graveyards. We all want to make our mark on the world. We all want to be recognized for existing.

That is why representation matters.

Zen Pencils recently had a comic based on a Marc Maron quote that illustrates this idea of our desperate need for simple acknowledgement of our existence. In it, he likens the idea of having people acknowledge our existence to the relief a druggie gets after a hit. It's a powerful, disturbing image.

And, in a very real way, it's also true.

But keep in mind: actions speak louder than words. And that is why representation matters so very much in books--in all forms of media, actually. This is about more than diversity--it's about humanity. It's about honesty. The world is not the narrow, limited view the media commonly expresses. There is so much more beyond what you can see from your doorstep. To paraphrase Inception: You mustn't be afraid to see a little further, darling.

I believe in the goodness of humanity, and I believe we're on the cusp of change. But I also know that, sadly, articles like this one by author Cindy Pon are still necessary. Websites like Diversity in YA are still necessary. Publishers like Tu Books are still necessary. Books like those of Cindy Pon, Malinda Lo, David Levithan, Kwame Alexander, Phoebe North, the Diverse Energies anthology, the upcoming works of Christy Farley and Alexandra Duncan--these are necessary and important.

Representation is important. At its most basic level it says: I see you. And in this world of bright lights and hollow dreams, of statistics and caricatures that turn people invisible, that is important.