There are basically only two ingredients to any story—characters and plot—and you can probably argue away at least one of them in any given situation.

Still, if I had to take a guess at the number one thing people asked of me when I started this project, at least half linked back to character development in some way.

So today I’m going to talk about arguably the two most important characters of a book: the hero and the villain. 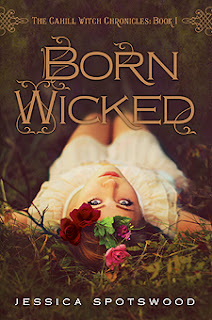 Jessica Spotswood, author of BORN WICKED (a brilliant story of magic, history, kissing, and sisters), has often said that a lot of times siblings will define themselves by opposites. You have the smart one and the pretty one; the rebel and the book lover; the loud one and the quiet one.

You should probably think of your hero and villain in the same way.

So, start with the hero. For him or her to have a story, that hero needs to want something. Then make the villain want the opposite thing.

A Word of Caution: Taking It Too Far
A lot of stories—particularly fantasy—will have the hero be the champion of good, and the villain be the champion of evil. This is, at its roots, exactly what I’m saying here: the hero and the villain define themselves by opposites. But I want to take a moment to point out that this is actually a pretty weak way to do it. Look, I love Star Wars and Harry Potter as much as the next girl, but my biggest complaint with both is that the villain isn’t compelling. They’re too evil. The story becomes too much of right/wrong, good/bad. 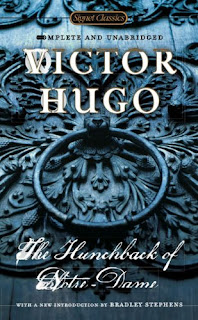 But the best hero isn’t so obviously evil. I think I first realized this when my tenth grade teacher assigned THE HUNCHBACK OF NOTRE DAME. (Please note: the book is nothing like the Disney movie, and the Disney movie makes me so mad I want to punch things because of it.) I won’t ruin the story because you should read it. But part of Hugo’s point of the novel is that the bad guys are sometimes pretty, and the good guys are sometimes ugly.

Take a look at Voldemort.

You know that mofo is bad news just by looking at him.

What you don't want is the bad guy who's a bad guy just for the sake of being bad. Okay, sure, he has his story--he wants to take over the world. Or he wants immortality. Or he wants revenge. Whatever. Don't make him a cardboard cut-out of a puppy-kicker. Make him have realistic motivation. How many people really want to take over the world? There's no profit in it. It'd be a giant pain in the arse. And who really wants to live forever? Both JK Rowling and George Lucas (later) tried to give their villains backstory, explaining why they want these things that make them both so evil, but...well, let's just say that my least fave HP book is the 6, and the prequels to Star Wars are not to be mentioned.

And honestly? Who wants to be good? I mean, yeah, we have a basic principle and morality code bred into us, but being good isn't easy. I think the recent Batman movies symbolize this pretty well. Being the hero has negative consequences, and maybe it's sometimes easier to just...not. You have to have a pretty good reason for the hero to stand up and fight, something beyond just that he's good. 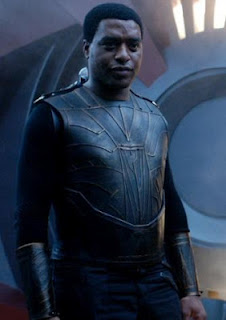 You know a story that gets it right? SERENITY. Yeah, I pretty much always refer back to Joss Whedon. But the villain—known as The Operative—is spot. On. If you’re having trouble making your villain balanced, go buy this movie. (Buy. Not rent. Because this is a movie you should own.) The Operative’s motive is so clear and well drawn that he clearly has his own story. He doesn’t hate the heros of the story because he’s eeeeevvvvillll. He opposes them because they are actively fighting for something he’s against on a deep, philosophical level. He believes—he believes—he’s right and they’re wrong, and he has reasons for believing this.

The key to a good hero is making him have the right motivation. He doesn't necessarily want good--he just wants something that the reader will perceive as good. But the villain is the same way. He doesn't want evil--he just wants the opposite thing the hero wants.

We don't talk about Serenity. We loves it, but IT DIDN'T HAPPEN.

"Curse your sudden yet inevitable betrayal!

YES YES YES. Your post is like a triple chocolate brownie, delicious, and full of even deliciouser surprises.

VERY interesting point, re: Voldie... not one I'd thought of, because I really enjoyed his backstory, but I back-to-backed the books (I do the same each re-read), so they're somewhat a blur to me.

I seriously think there's nothing Joss can do wrong :/

Great tips Beth, especially on the villain. So true that the villain should have a good reason for doing what they do.

This is such an amazing post--you totally hit the nail on the head. While there are some cases where I enjoy a good evil bad guy, the bad guys I like the best are those who, taken from another angle, might actually be somewhat heroic (sometimes it's in their own minds). The not-so-evil bad guys have so much more depth than those who just stroke their mustaches and cackle as they tie a heroine to the railroad tracks.

Best post I've read on character development. Thank you for sharing your knowledge!

Well, I basically love everything about this! I think it's absolutely fantastic how you're brave enough to take on the Dark Lord himself . . . .

You must have an exceptionally powerful wand and an eclectic mix of spells at your disposal.

I love the way you phrased this: "He doesn't necessarily want good--he just wants something that the reader will perceive as good. But the villain is the same way. He doesn't want evil--he just wants the opposite thing the hero wants."

Thanks. Live long and prosper.

This was exactly what I needed to find! I have been writing my final paper for English for over 3 weeks, and my topic is about having more in-depth characters, blurring the line between supreme evil and supreme good. I have not found any really great things to quote from, or anything substantial at all really. I would love it if I could quote you! Brilliant writing :)