Several of you have commented about the succes of the new timer method I've been using--but I've gotta confess--it was totally not my idea. Nope. Stole it all from my friend Tricia Hoover.

For those of you who don't know Tricia (and what the heck, people, check her out, she's awesome!), Tricia's the author of the Roots in Myth blog, blogs at The Spectacle, and is the author of the Forgotten World series, ending with The Necropolis which is out in October.

So, without further ado, here's Tricia on the awesome writing method she taught me! 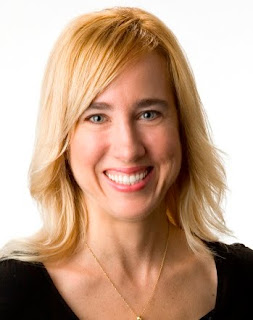 The idea for the timer method of writing came when my son went off to Kindergarten. Talk about procrastination. We'd tell him to get dressed in the morning, and somehow he'd find a gazillion other things to do instead (kind of like those old Family Circus comics where Billy needed to go get something out of the house). Anyway, after half a year of nagging and pestering and the like, while putting away the Christmas decorations, I came across a Santa time I'd bought at Hallmark on clearance one year. I thought, who better to motivate kids to do what you want them to do than Santa? And so, when the second half of school started, each morning we'd set the timer for five minutes and tell my son that Santa was not only watching him, Santa was timing him.

And I mean serious magic. He'd run to his room and emerge dressed within three minutes.

So I got to thinking, if Santa has this magical effect on my son, wouldn't Santa have a little magic to spread around for me? I was having a little trouble focusing on actually getting any noticeable stretches of writing done, and needed something to help me focus and concentrate. So when the kids went off to school, I brought Santa to my desk, set him for 30 minutes, and vowed not to stop writing until he buzzed. Because, seriously, I can do anything for 30 minutes, even write.

Here's how it went down. The 30 minutes dinged, and I needed more time. I was focused and that 30 turned into 45. I finished up, took a break, and set Santa again. My sweet spot seems to be somewhere between 45 and 60 with breaks in between. I'm normally good for two or three of these intervals.
In the past year, I've been doing more and more writing dates, and the question comes up of how can you stop the chit chat and get down to the writing?

Set it and have everyone on board. If you don't want to haul along your Santa timer, or if you aren't fortunate enough to have a Santa timer, there are lots of egg timers available online. The one I use is here.

I have to work in set hours.
Procrastination and all that, I have to pledge to keep the internet off except for, perhaps, an essential page of research.
I do start off by saying: Ready. Steady. Go.
I end by calculating the words written in the hour-long periods!

That's pretty impressive. I've been thinking about and outlining this manuscript for far too long. I haven't gotten any real progress done in a long time, and I've been wanting to punch through the cat-waxing for a while. This just may be the trick I need to do it.

Yay, Beth! Thanks for having me today!

I do that. I have all these brainstorms and I would sit and look at them and nothing came to mind, so I set the timer on 20 min and just wrote about anything that came to mind, as much as I could about the brainstorm. Works well. It funny that something so strict would work on an "artist" cheers

Super great idea, thanks to both of you for sharing it with us! I am inspired! :)

Thanks for this great post. I've never thought of using a timer, but it sounds like an excellent idea. I doubt I'll find one as cute as the Santa, however.

When advice like this comes from two of my fav blogging writers--Beth and PJ--well, it's TIME to stop dawdling. I'll use my kitchen timer, but I think I'm going to be on the lookout for a unique timer that will be just for writing.
Thank you both!

What a great, great idea! I need to go get myself a timer.

I've heard this whole timer idea from a few other writers, and now hearing it from you PJ, I just might have to give it a try. I tend to get up and move around a lot when I write, mostly because I just can't sit still, so maybe the timer will help me not be so antsy.

Really great idea. I think I might use it for reading blogs so I leave enough time to write and not just read blogs. Thanks for the tip.

Thank you for sharing this great idea! I know the timer technique is just the thing to get me through my procrastination. Now I just need to do it!

Thanks for the great tip! I'll be sure to use this. I've already been using to-do lists in my daily life, but now that school is starting again, it's time to reorganize.

I need one of those. Internet and sleep are both too tempting.