Edited to add: sorry this posted a bit late--I thought I scheduled it, but I guess not!

Everyone has a different path to publication. This week, I'm featuring authors on the way: authors who have found their agents or their publishers and are in the homestretch towards reaching their dreams. Their stories are each different--but they are all inspiring. By showing you how THEY did it, I hope you remember that YOU can, too!

This week has been great! Today, for the last interview, I'm featuring Shelli Johannes-Wells,
an author I'm sure you all know from her super-popular Market My Words blog. Shelli's represented by Alyssa Eisner Henkin of Trident Media Group. In addition to writing for teens and tweens, Shelli is also a pro at marketing. 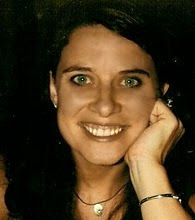 Tell us about your book.
Tween Paranormal – On the Bright Side

After dying in a car accident and witnessing her own funeral, Gabby becomes a 14 year old Bright-in-Training (BIT) and Transfers up to Cirrus, where SkyFones, SkyPods, and InnerNets are all the rage. As if her death isn’t bad enough, Gabby is assigned to protect her school rival, Angela Black, who is now dating her lifetime crush, Michael.

As Gabby moves through her Bright Training, she is tortured by leaving her family behind and the possibility of losing her first love forever. Instead of protecting Angela as pledged, Gabby goes on probation for illegally sabotaging her. In a desperate attempt to interfere, Gabby triggers a series of “death-changing” events and learns what happens when you hate someone to death.

Can you tell us a little bit about your road to publication?
I wrote and tried to sell a fairy book in 2005. It went to acquisitions twice but did not make it. I shelved that book and started an ecoYA. Last fall I went on submission. A few agents sent back longer rejection letters with feedback that was similar. Basically, I had to change the entire plot. I spent 5 months doing that and requeried those 3 agents asking if I could resubmit. In addition, I told them about my Tween angel book I was working on. 2 months later I had several offers for representation. Alyssa was one of the 3 that had allowed me to resubmit my manuscript after the rewrite. We are currently subbing .

Here is a more in depth look at my journey to getting an agent.

Was there ever a time you felt like giving up? Why didn't you?
Everyday. I don’t because I love to write. It’s that simple.

Thank you, Shelli! You can find Shelli online at her blog or website.

This week of interviews is being hosted by Elana Johnson, and several other bloggers are jumping on the bandwagon, including:
Be sure to check them all out for inspiring, first-hand stories of authors on the verge of publication!
Posted by Unknown at 11:20 AM

Morning Beth (and Shelli). Thanks for posting and sharing this interview.

Sounds like a fun book - reminds me of Artemis Fowl, but of course who knows for sure. I'll have to click on some of those links to learn more about you.

Please visit my blog and comment today. I have a post by guest blogger Justine Dell where she shares an ACTUAL query letter of hers that found success.

She is a wonderful lady, always willing to help another writer and I would really like her to get the recognition she deserves.

Oh, so glad I'm not the only one who feels like giving up on a daily basis. Hang in there, Shelli, you're totally gonna be a rock star someday SOON!

shelli is such an inspiration! Great interview!

Writers at all stages feel like giving up, so it's not just me
*breathes a sigh of relief*

Sounds like such an interesting book! Shelli has awesome advice on her blog too.
What a great week Beth! Thanks

So good to learn more about Shelli :) Great interview!

The book sounds wonderful. I'd buy it!

Fabulous interview ladies!!! This week has been so much fun hasn't it!

Sounds like a great read! Haha I haven't had the feeling of giving up but when I do I'll know it's normal! I'm still in the beginning!

This week has been wonderful! And I love the premise of your story Shelli.

Just wanted to say how I love that phrase you use...
"on the verge of puplication"
It really 'enthuses' me!

Thanks for sharing Shelli. Although I read your blog, I didn't know your road to publication (you will get there; me too)or so much about your awesome book. Thanks for hosting this Beth.

I LOVE the concept of your book, Shelli! It sounds fantastic!

What a great week of interviews!

You went through a lot to get where you are and I'm impressed that you hung in there. As you say, it's the love of writing. Congratulations and I wish you much success!

Woo hoo! Great interview! What a great idea for a book! =)

Great job this week, Beth!
Shelli is always fun to talk to, and her blog posts run from inspirational to hilarious.

Your book sounds really thought-provoking. Who doesn't have someone they might hate to death if that were in our power?

Enjoyed the interview, Shelli and Beth.

Thanks for a great series, Beth!