I was interviewed by Miss Snark's First Victim! This happened yesterday, and most of you have already seen it, but I was walking around in a NyQuil cloud all day long yesterday (allergies...ugh), and I thought I had posted about the interview, but when I checked today, clearly, I had not. That, or Blog Gnomes stole my post.

It was probably the Blog Gnomes. Nasty little buggers.

Anyway, before the Blog Gnomes hit, I didn't post about the interview as I'd intended, I wanted to post about contests.

Do you enter contests? Jay Asher (author of THIRTEEN REASONS WHY) is well known for his support of contests:


I also entered every writing contest I could find, winning a few along the way, and some of them brought me in contact with agents and editors that later came in handy. The community I found at the conferences and the confidence I gained by winning contests is what kept me going through all the rejection letters.

I'll be honest--I never really bothered with contests very much before I read Jay's opinion. I don't often do short fiction, and when I do write short fiction, it's always very much genre, not literary, and that has always seemed like a harder sell to me.

As I continued writing seriously, with the intent for publication, I started paying more attention to contests. Writing doesn't have to be a cocoon, and contests help assure that you aren't cushioning yourself in privacy.

Be careful where you submit your work to contests. Some charge money, some have strict guidelines, some expect you to give up publication rights, some aren't worth your time, and some are, frankly, shady scams.

And figure out what you're going into the contest for. Is it to win a prize? Is it for feedback? Those are two very different types of contests, and you'll be better off if you decide before you start which you want more.

For me, I sought feedback. Here are some of the best contests I tried for: 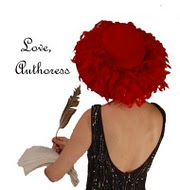 There are other places that aren't exactly contests but that still provide feedback:

Lest you think I'm throwing you to the wolves (or sharks), you should know that I am recommending each of these places based on my own experience. I entered them all, and I learned from them all. In fact, the first submission I did for ACROSS THE UNIVERSE was to Miss Snark's First Victim contest, which Jodi was judging in her capacity as a slush reader. I didn't win--but the feedback I got from them helped me to change my first chapter and query into something better.

So, what are the best sites you have for contests and feedback?
Posted by Unknown at 1:12 PM

Wow I must say I've never thought about doing a contest and now I'm realizing it is a lot larger of a scale then I had originally realized! A lot goes into planning for a contest, or just making sure you're right for the cut.

I appreciate the note on watching out for the scammers, the one's that cost, and the one's that only provide feedback or winnings. Good information to know!

Congrats on your interview and wow! What a great list of links!

Hope your allergies get better soon.

Thanks for the contest info. I've only entered a couple in the past and I didn't win either time. I will definitely have to look into more contests, as soon as the WIP novel is done and I can catch my breath.

Ugh, allergies really do suck big toe.
I have only done like one contest, but I may do more after I finish revising. Great links, thanks!

Good stuff, thank you! I have entered contests before, but not lately. I should start again.

Thank you for all these links! Very helpful! :)

You know I never really understood why people wanted to enter contests. But seeing these reasons has got me thinking I should try it!

Beth,
Valuable post, thanks. I didn't know of Query Project and will be clicking through the link to read more. I've just started to look at contests as a way to make contacts.

I've entered a few contests, but I always checked to make sure I could trust them. Great post! =)

What was your experience with Query Shark? I must say, the teeth are a little scary.

Wow, thanks for all the links! I know about some of these, but there a few new ones here. I've been thinking about trying to do some contests, but I'm still on the first draft of my 2nd WiP so I feel like I can't do a lot of them. :/

Thanks for sharing, though! :D

I've been a chicken s**t and haven't entered any of the contests. But I need to get some back-bone and belly up the to bar. Thanks for the links.

I think you pretty much nailed my favorites. The only one I didn't see is Guide to Literary Agents. Chuck Sambuchino rocks!

I remember when you entered. How fun! Jay won the SCBWI WIP one year, didn't he?

Great info. Thank you for the links.

I don't know if there are any aspiring screenwriters here, but I always found www.zoetrope.com to be helpful.

As far as the critiques are concerned, there are no entry fees, but you need to read and review a certain number of scripts before you can post yours. The most well-reviewed script for the month wins. I believe they also have short story critiques and contests as well.

Your interview was great yesterday. So happy you'll be able to write full time.
I am just starting to enter some contests now that my manuscript is almost done. I've learned some from the ones I've entered, like to pay attention to where you end with the first 250 or so word ones. I was just debating if I should continue entering. It sounds like maybe it'd be helpful. Thanks for the advice.

You had a FANTASTIC interview over at Miss Snark. Seriously. It must now be the interview to which I set my standards for the ones I do. :)

I'm a little too early in my WIP to consider contests, but I'll keep these in mind for when I'm ready!

The only contest I have entered was one of Authoress' about a year ago. It gave me terrific feedback. I'll have to pop over and check out the interview!

Thanks for such an informative contest post. I was one of the winners of Miss Snark's First Victim's April Conest, but (unfortunately) the rest of my manuscript wasn't as tight as my 250 words. I'd entered for feedback and never dreamed I'd win. Lesson learned.

Haah we're blogging about the same thing today. Miss Snark's First Victim is a fantastic resource. I was one of the winner of her April secret Agent contest - fingers crossed I can do my own post like this one day :)

Congratulations on your success, your book sounds fabulous.