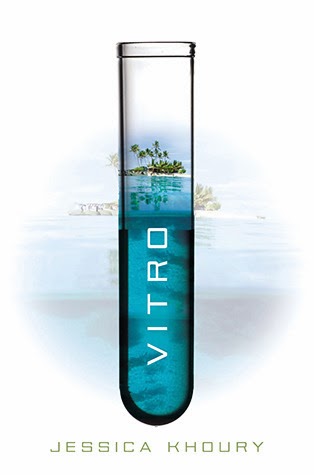 Why did you pick this setting?
I've been fascinated by the South Pacific ever since my childhood obsession with the Swiss Family Robinson. I have a special fondness for island stories, from Lord of the Flies to Terry Pratchett's Nation to LOST. I knew my second book had to be set on an island, and that was the starting point for VITRO. It's the perfect setting for a secret laboratory; the Corpus scientists have renovated an old, abandoned tourist resort into a state-of-the-art facility, but there are still a lot of ruined buildings around--super creepy! Plus, trapping my characters on an island adds an extra layer of claustrophobia and intensity to the drama. It was an ideal location, and I really enjoyed writing it.

What makes your book's setting unique?
You can buy your own South Pacific Island! It's only oh, a couple million dollars. Just in case, you know, you need a place to launch your campaign for world domination or simply want a quiet piece of land where you can tumblr in peace. Ever hear of Niue? It's a tiny island in the South Pacific that was the first nation to provide free WiFi for the entire country. Also, their coins have Pikachu on them. This has nothing to do with VITRO, really, but I just can't get over how awesome this Niue place is. 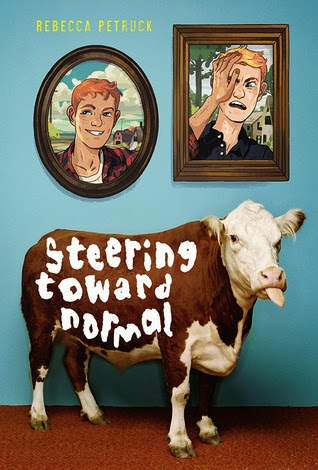 Steering Toward Normal by Rebecca Petruck

Why did you pick this setting?
4-H is a fantastic organization with members and alumni all over the world. Part of why I love 4-H is they celebrate the everyday things that tend to be overlooked while also encouraging exploration of the new and different. In particular, I wanted to showcase the work steer competitors do because it's so hard--physically, but also emotionally. Steers are beef cattle, they have absolutely no other function, so at the end of the year, when the competitions are done, the steers go to the packer. For kids who have spent hours a day with their steer for an entire year, that goodbye is heartbreaking, but they do it again and again. I have tremendous respect for the competitors and for 4-H and wanted to share that with the world. And I'm from Minnesota originally--most of my family is there.

What makes your book's setting unique?
These are a few notes I made to myself when I attended the Minnesota State Fair in 2010:

Cows can pee straight down; BUT also don’t lean forward to pee--just lift tail straight up

When a steer lifts its tail, the end crooks, like an elf’s slipper

Poop: Lots of little patties, not big like we think. Is it because the feed changes as exhibitors try to “finish” their steers for best possible muscle/meat?

Steers can poop on the go


Don't forget to enter the giveaway! Open internationally, and you can enter every day.