Thanks again everyone for entering the Blog-cation contest! 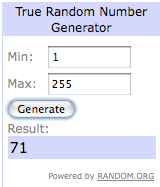 The number Random.Org picked was: 71

And the 71st entry belonged to...NISA!

How Many Unread Blogs Will Beth Have winner: 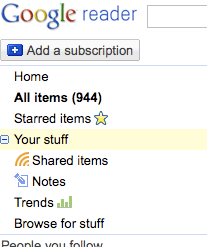 The number of unread blogs I had as of noon Sunday was 944. My own personal guess was 900.

There were several realllllly close guesses here. But the closest number without going over was...879.

And the person who guessed 879 was...PJ Hoover!

The Totally Subjective Most Awesome Link Provided was...
There were a lot of good links that provided me a lot of wasted time (the Trunk Monkey entry would have won, but I'd already seen it before--ah, the tribulations of something totally subjective...), but in the end I had two favorite links.

The first was a video. A three-year-old interpretation of Star Wars: A New Hope. Darth Vader blewed stuff up. 'Nuff said.


The second was a link to Smithsonian's Real Places Behind Famously Frighteningly Stories. This was just really cool to read... here's a sample:

The story of a ship called the Flying Dutchman doomed to sail the seas for eternity is a trusty old chestnut much loved in the arts. Richard Wagner turned it into an opera, ...
Many believe the original vessel was sailing between Holland and the Dutch East Indies in the 17th century. As it approached the Cape of Good Hope near the tip of Africa, a fierce storm arose. The captain, perhaps eager to get the trip over with, vowed to round the treacherous coastline even if it took him until doomsday. Read more: http://www.smithsonianmag.com/arts-culture/Real-Places-Behind-Famously-Frightening-Stories.html?c=y&page=4#ixzz0fcc3aKqg

How could I pick between an amazingly adorable kid's interpretation of one of my favorite movies, and a list of the background of historical locations that inspired scary stories? Both equally appeal to my vastly nerdy side.

Fortunately I don't have to pick! Both links were provided by one person.

And the winner of the awesomely cool linkage provider is: Heather Zundel!


Thanks everyone for playing along!

And there's an even better contest coming soon...verrrry soon...so stick around!

PS: The subscribers to my newsletter got a heads up about the new contest coming up. If you're not subscribed, be sure to sign up in the box to the right!

PPS: WINNERS: Please email me (bethrevis (at) gmail.com) with your mailing address and if you've got any preference of the books listed below.
Posted by Unknown at 6:00 PM

Congrats to all the winners. And thanks Beth for the awesome contest. Hope you enjoyed your week off.

ah man, how did i miss this! poop!

I guessed somewhere in the 700s and I thought I would be too high! Wow!

Thanks for hosting, Beth, These are so fun and this just made my night!

Don't talk back to Darth Vader. He'll get you. Adorable.

Congrats to all the winners. Wow. I was way low on my guess.

Wow! Congrats everyone. I totally missed out on all the fun. The video was sooooooo adorable. Love it. I'm going to show it to my boys who are DIE HARD STAR WARS FANNNNNN!!!!!!!!

Congrats to the winners! I was never good with the 'how many jelly beans' contests so I didn't even try.

You have a newsletter? Cool, I didn't even know that.

That's a lot of posts to read!

I just love that video - it appeals on many levels! :)

man and van in London said...

Thousands of blogs, each different on its own way, but the good looking ones, if I can name them like that, are very few. Yours is one of them, very nice desing, love each part of it. That doesn't leave its content, some of the posts were very useful for me.